Munnar is a town and hill station located in the Idukki district of the southwestern Indian state of Kerala.

Munnar is situated at around 1,600 metres (5,200 ft) above mean sea level, in the Western Ghats mountain range. Munnar is also called the “Kashmir of South India” and is a popular honeymoon destination and relaxation with family.

The name Munnar is believed to mean “three rivers”, referring to its location at the confluence of the Mudhirapuzha, Nallathanni and Kundali rivers.

It was to be nearly 1870 years that Sir Charles Trevelyan, Governor of Madras, instructed Col. Douglas Hamilton to explore the hill country in the western part of the Madras Presidency, requesting special advice on the feasibility of establishing sanatoria for the British in the South and of developing revenue- earning projects without endangering the environment, as had happened in Ceylon where coffee had destroyed not only the rain forest but also paddy cultivation in the north-central rice bowl of ancient Ceylon.

Hamilton climbed throughout the Ghats in Munnar region. 15 years later, John Daniel Munro noted that much of Munnar’s land was suitable for coffee plantations. Munro, Henry Turn and his half-brother AW Turner obtained ownership of the Cardamom Hills from the Raja of Travancore and began clearing forest around Devikulam in 1879. Soon many other Europeans began establishing tea plantations in the area throughout the 1880s. Early plantations had few facilities and were mainly huts of straw. Most labourers on the tea estates were Dalits from present-day Tamil Nadu. 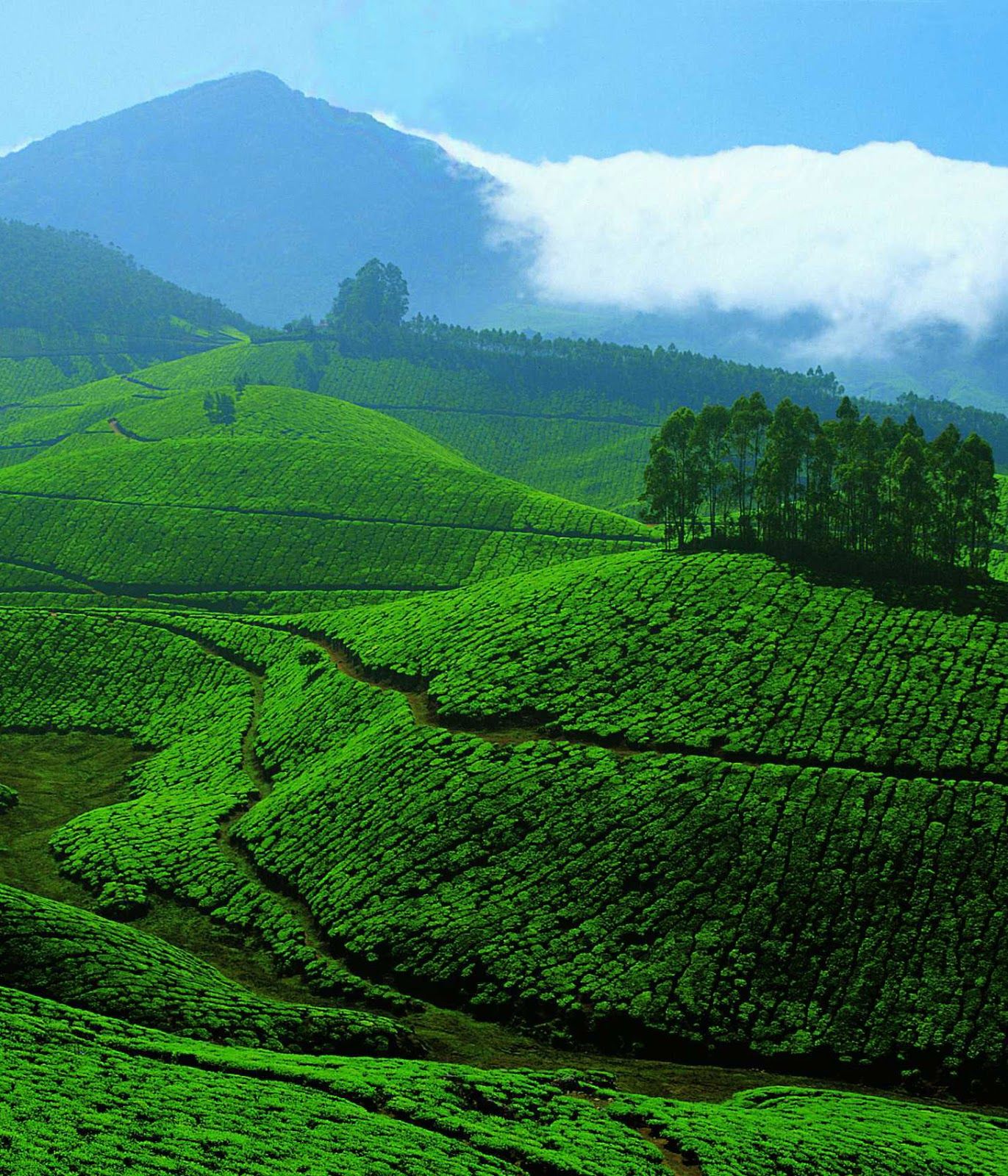 The name Munnar is believed to mean “Three Rivers”

Eventually roads were opened to the lowlands and in Bodinayakkanur in western Madras Presidency, planters got provisions from a local headman – Suppan Chetty. He and his son, Alaganan Chetty (later an MLA) would continue providing supplies to the tea estates in the region. By 1894, 26 estates were established in the hills but all were facing losses. In 1897, a separate company, Kannan Devan Hills Corporation (KDHC) was registered to operate the tea estates which was later taken over by the American Direct Tea Trading Company Ltd., who owned 26 estates, most with coffee and some with cinchona, almost all in the area except for a few in the lower areas.

In 1900, a ropeway was built and eventually monorails were installed for easier transport of goods to the plains. In 1901, P. R. Buchanan took over as General Manager and began the most extensive clearing of jungles for plantations. In 1908, construction started on a new railway which opened in 1909. By 1911, around 16,000 acres of the region was under cultivation.

Geographic coordinates of Munnar is 10°05′21″N 77°03′35″E. Munnar town is situated on the Kannan Devan Hills village in Devikulam taluk and is the largest panchayat in the Idukki district covering an area of nearly 557 square kilometres (215 sq mi).

Let’s Build Your Dream Relaxation Together

Airports: The nearest airport is Cochin International Airport, which is 110 kilometres (68 mi) away. The Coimbatore and Madurai airports is 165 kilometres (103 mi) from Munnar.